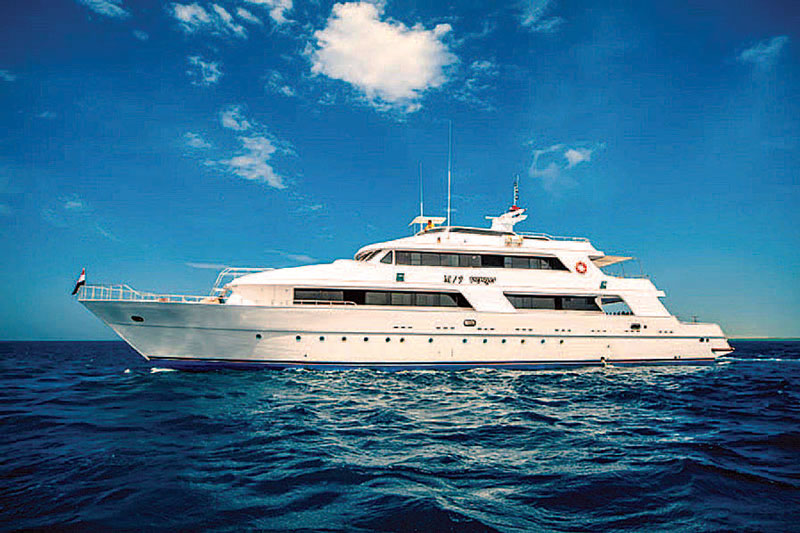 THE NEW RED SEA AGGRESSOR II begins its explorations of the northern Red Sea in July 2018 and will include Ras Mohamed National Park and the Straits of Tiran. The yacht departs from the New Hurghada Marina in downtown Hurghada, Egypt. The 138-foot (42 m), 22-passenger Red Sea Aggressor II live-aboard yacht will provide divers access to the northern reefs and wrecks. The Northern Red Sea and Straits of Tiran are known for historic wrecks like the Thistlegorm, Rosalie Moller and Abu Nuhas, while Ras Mohamed National Park is full of pristine coral reefs and sharks. The Straits of Tiran are the narrow sea passages between the Sinai and Arabian peninsulas which separates the Gulf of Aqaba from the Red Sea. The waters are filled with coral gardens, historic World War II shipwrecks, soft corals and massive pinnacles and over one thousand species of fish in the Red Sea, twenty percent of which are endemic, meaning that they aren’t found anywhere else in the world.

The seven-night itinerary includes five and a half days of diving, accommodations, gourmet meals, snacks, soft beverages and local alcohol for the introductory rate of $1,165.

JUMP TO A NEW CATEGORY