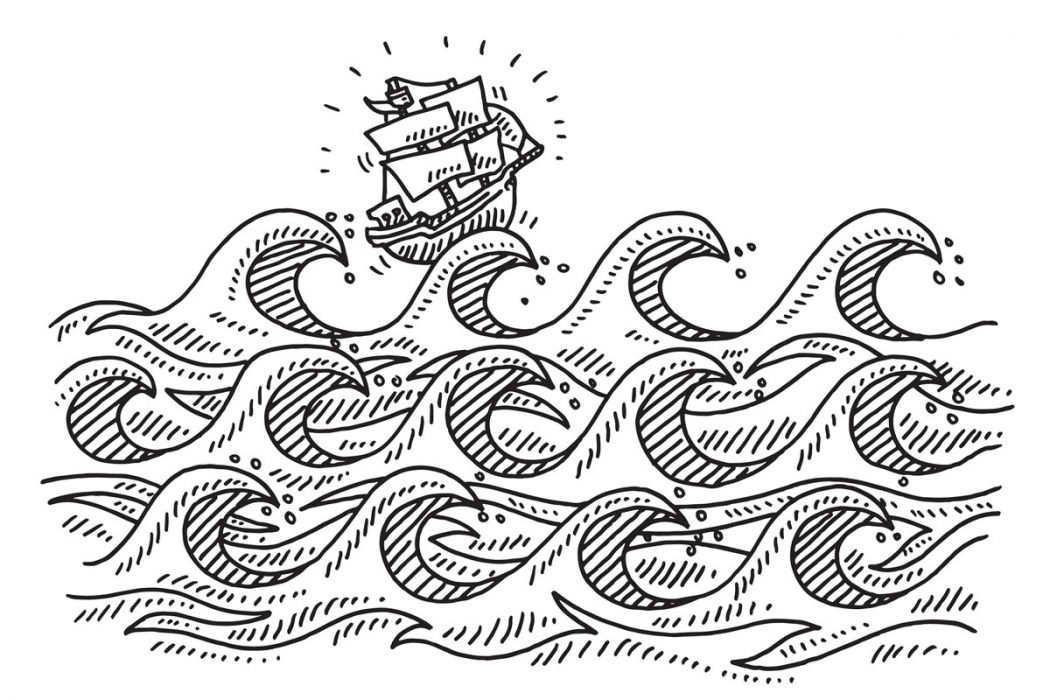 There are many ways to describe it: tossing your cookies, hugging the porcelain, calling for Ralph or letting out a technicolor yawn. but no matter what you call it, it’s no laughing matter. Motion sickness (seasickness, or “mal de mer”) is a common problem of boaters and divers. At best it is annoying, and at worst it becomes totally disabling. I will never forget crossing the ocean between Truk Lagoon and Pohnpei through very rough seas. As our boat scaled 10-foot/3-m swells and bounced off the backside of the rhythmic aquatic heights, my shipmates, a group of bronzed, sun-worshipping divers, went from golden-hued to green around the gills as soon as the seas picked up. Fortunately, I had placed a scopolamine patch (see below) behind my ear as soon as the surface began to get choppy. The drug worked well, and I was spared the wrath of an unsettled sea — and stomach.

Seasickness is a complex phenomenon that involves the cerebellum (part of the brain that controls, among other things, balance), vestibular system (labyrinth of the inner ear that plays a major part in the control of equilibrium), the nerve connections between the eyes and the inner ear, and the gastrointestinal tract. It is made worse by alcohol ingestion, emotional upset, noxious odors (e.g., diesel exhaust fumes) and inner ear injury or infection. Motion sickness can be induced in a person who is not moving by having him watch an image of changing motion, such as a car chase or roller-coaster ride. Some of the special effects in current movies, particularly large-format ones like IMAX, can cause viewers to become dizzy or even mildly motion sick. Most persons adapt to real motion after a few days, but may require medication until they are adjusted to the environment.

Signs and symptoms of seasickness include a sensation of dizziness or spinning, a sensation of falling, pale skin color, sweating, nausea, weakness, yawning and increased salivation. Vomiting may provide temporary relief, but prolonged salvation does not occur until the inner ear labyrinth acclimatizes to motion or someone intervenes with medication.

How to Manage Motion Sickness

Here are a few tips to help you treat — or possibly prevent — a bout of seasickness:

Headache, ringing in the ears, weakness in an arm or leg, difficulty with speech, difficulty swallowing, decreased vision or palpitations are not features of motion sickness and should raise suspicions of another cause of dizziness. If any of these occur, particularly if the seas are not particularly rough and no one else is suffering, the victim should seek medical attention. Similarly, if the symptoms occur after a dive, one must consider the possibility of central nervous system decompression sickness (bends) or arterial gas embolism.

Finally, don’t try to cure serious motion sickness by putting on your dive gear and heading underwater. Mild nausea attributable to seasickness may disappear when you get under the surface (and the objectionable motion ceases), but you shouldn’t put yourself or your dive buddies in a situation where you might throw up underwater. Getting sick when you are in the water can lead to panic and a serious diving accident.