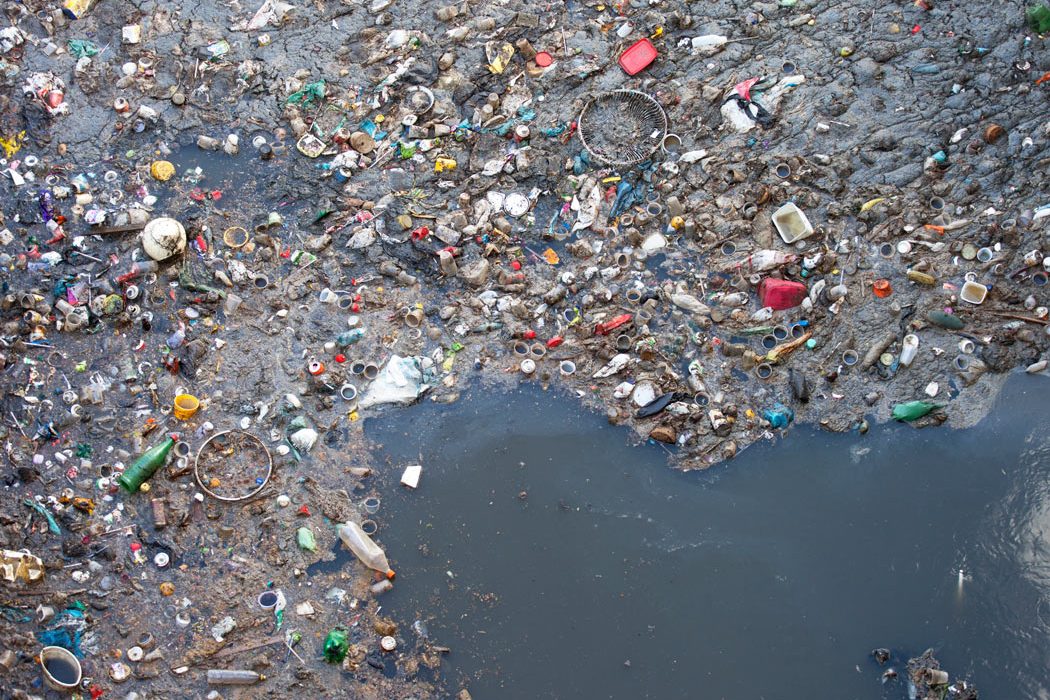 WORLDWIDE, PLASTIC CONSUMPTION has reached over 320 tons per year. Most of the plastics produced are of a one-time use nature and is rapidly added to burgeoning landfills or disposed of as litter. A smaller portion is either recycled or incinerated (which has its own set of problems). The plastics that are introduced into the marine environment have many environmental factors working on them including wind, currents, friction from other flotsam and jetsam, sun, temperature variations, waves and marine life and eventually enter trash patches, called ocean gyres.

One of those ocean gyres is the Great Pacific Garbage Patch (GPGP), a collection of plastic, floating trash halfway between Hawaii and California, has grown to an area roughly 618,000 square miles (1.6 million km2) according to a study produced by lead author, Laurent Lebreton, of the Ocean Cleanup Foundation, a non-profit organization.

Some of the analogies for the estimated size and weight of the plastics in the GPGP include: equal in size to 1 billion elephants, 500 jumbo jets and twice the size of Texas.

The patch was first noticed in the early 1990s where the combined efforts of winds and ocean currents pushed the trash into a central location. The debris found in the patch comes from the North and South America and Asia areas, which surround the Pacific Rim. The patch is not a solid mass of plastic but, according to the paper “Evidence that the Great Pacific Garbage Patch is rapidly accumulating plastic” in Nature, is made up of an estimated 1.8 trillion small pieces weighing over 88,000 tons. That figure puts the amount of plastics possibly 16 times greater than previously thought. As much as 75 percent of the debris was larger than five centimeters and at least 46 percent was comprised of fishing nets with microplastics accounting for an additional eight percent of the materials. However plastic films, such as bags, which represents around 37 percent of polyethylene and polypropylene waste generation, were rarely found. The researchers hypothesized that most buoyant plastic with insufficient volume-to-surface ratios such as films may never reach the surface waters of the GPGP as they may rapidly sink to the seafloor due to biofouling and/or fragment into microscopic pieces that are removed from surface layers. 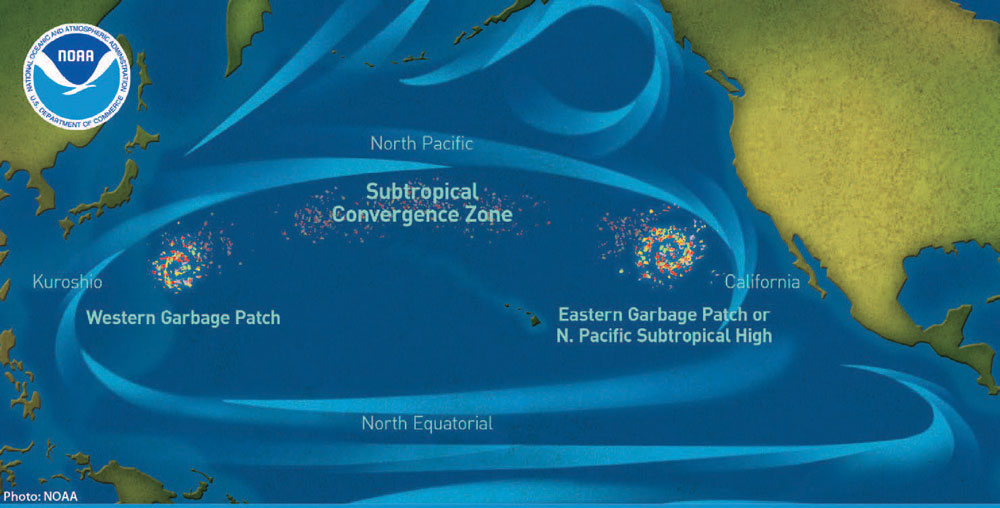 The plastics analyzed by the study had a small surface-to-volume ratio leading the researchers to theorize that only certain types of material had the ability to persist and accumulate.

Another observation made was that at least half of the collected GPGP plastics was composed of objects from marine based sources. The preponderance of marine-sourced plastics could be attributed to their purposely-engineered durability in the marine environment (such as strong nets, traps, ropes and floats used by marine industries) as well as overestimations of land-based sources and/or underestimations of marine-based sources.

The methodology used by the investigators was different than past investigations. Rather than looking at limited surface areas with short trawls using collecting devices used for neutonic plankton the used much larger area that also collected items such bottles, buoys and fishing nets.

The study was a three-year team effort performed by an international team of scientists affiliated with the Ocean Cleanup Foundation, six universities and an aerial sensor company. Because the Great Pacific Garbage Patch is located in international waters, no governments have stepped forward to clean it up. That leaves privately funded organizations to lead the way.

According to Joost Dubois of the foundation, “It’s a ticking time bomb of larger material. We’ve got to get it before it breaks down into a size that’s too small to collect and also dangerous for marine life.”

The conclusion that the investigators arrived at was that the ocean plastic pollution within the Great Pacific Garbage Patch is increasing exponentially and at a faster rate than the surrounding waters.

Plastics that accumulate in the ocean can linger in sea surface waters for years and eventually accumulate in remote areas of the world’s oceans. But because they are remote it is sometimes difficult to relate to the abstract numbers in a research paper in everyday terms. Some of the analogies that have been developed for the estimated size and weight of the plastics in the GPGP include: equal in size to 1 billion elephants, 500 jumbo jets and twice the size of Texas.

The full paper may be read here: nature.com/