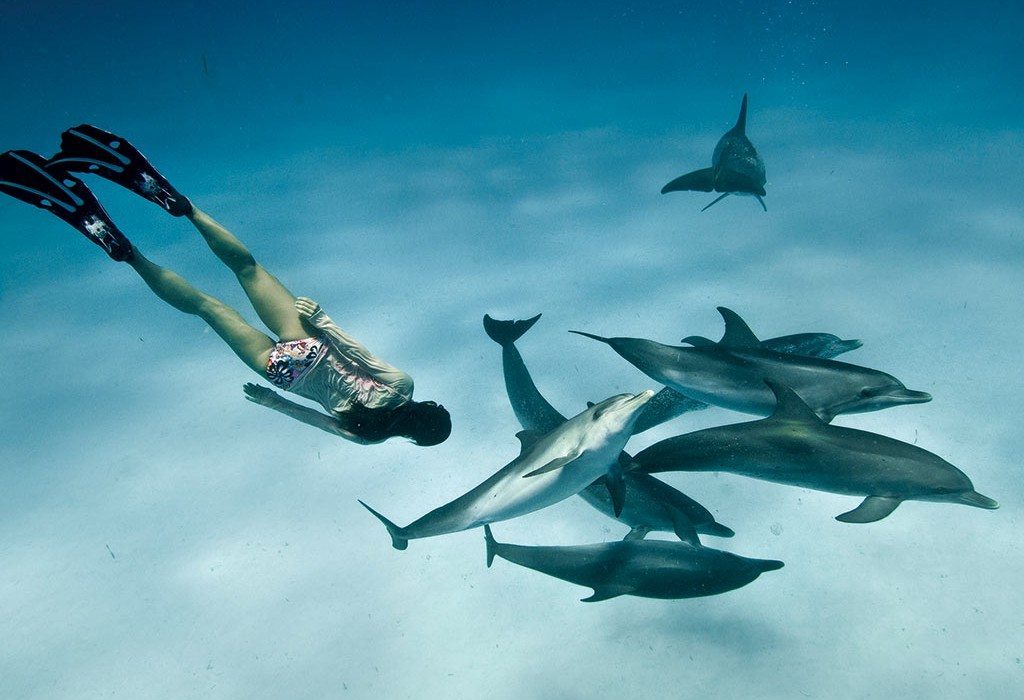 By spending time with and reporting about marine wildlife, I’ve been fortunate to bring awareness to those who might not have the opportunity to have these experiences for themselves.

“My name is Marty Snyderman, and I am a writer.” Like everyone else in the writers’ seminar I was participating in, that is the way I was instructed to introduce myself by the seminar leader. As she explained to us, she believes there is a higher degree of personal commitment to the craft and your involvement in it when you look people in the eye and tell them you are a writer. Identifying one’s self in that manner makes a much stronger statement than do comments such as, “I like to write or I have gotten a few things published.”

I am a writer. By profession, I am also an underwater photographer and underwater photography instructor. You now know that the professional version of me as writing, creating images and teaching is what I have done for roughly 40 years. That’s a long time to do the same thing over and over. So I haven’t. I have evolved. I’d be very disappointed in myself if that were not the case.

Today, I’d like to share some of that growth process as it relates to my writing life. In doing that I’d like to share how my relationship with you, at least the collective you, has become a vital part of my process.

As a kid I would have defined writers as people that could not catch a ball if you hit them in the hands with it, people who watched sports but didn’t play. Becoming an accomplished writer didn’t interest me, and I never would have imagined that writing would become a mainstay of my career when I grew into adulthood.

With the exceptions of Ernest Hemingway’s classic “The Old Man and the Sea,” and Jack London’s “Call of the Wild,” I found most required reading to be painful. Say the names of highly acclaimed authors such as Charles Dickens and James Joyce and I went catatonic.

I wanted to participate in the experience, not write or read about it.

In the fall of 1967 I enrolled as a freshman at Vanderbilt University in Nashville, Tennessee. After a few written assignments in my English class I received a note from my teacher, Professor Guttenburg, in which he told me that in his long career I was among the least skilled experiential writers he had ever encountered in a college class. I was a math and science guy, and I knew I was struggling with writing. But I did not realize I was that low on the ladder in terms of my skill set. Ouch.

Naturally, I had an excuse. It was that I went to public schools in Arkansas before enrolling at Vandy. Professor G didn’t accept my attempt at humor as a valid excuse, nor did it explain why I was reasonably proficient in math and science.

In a private conversation after class Professor G gave me some great advice. Like me, he was a hardcore baseball fan. His team was the Boston Red Sox. Mine was the St. Louis Cardinals. Those teams were playing each other that year in the World Series, and we had discussed the then-ongoing series in some detail after class several times.

Professor G’s advice was to write like I talk, not like I think a writer writes: “Be you. Use your words and cadence, and don’t say things on paper you don’t say in real life.” In essence, he said, “a lot of people probably won’t like what you write, how you say it, and they might choose to not like you. That is their option. But if your writing is honest and you share what you honestly think and feel, then you will accomplish what you set out to do, and you will be able to live with your words. Say what you have to say the way you talk to me about baseball.”

I didn’t see that my writing had anywhere to go except up, so I tried to take Professor G’s input to heart. Like many new endeavors, I didn’t find making the suggested changes easy. But I discovered that there was definitely something about the honesty of just being myself that made writing a lot more interesting and less burdensome. 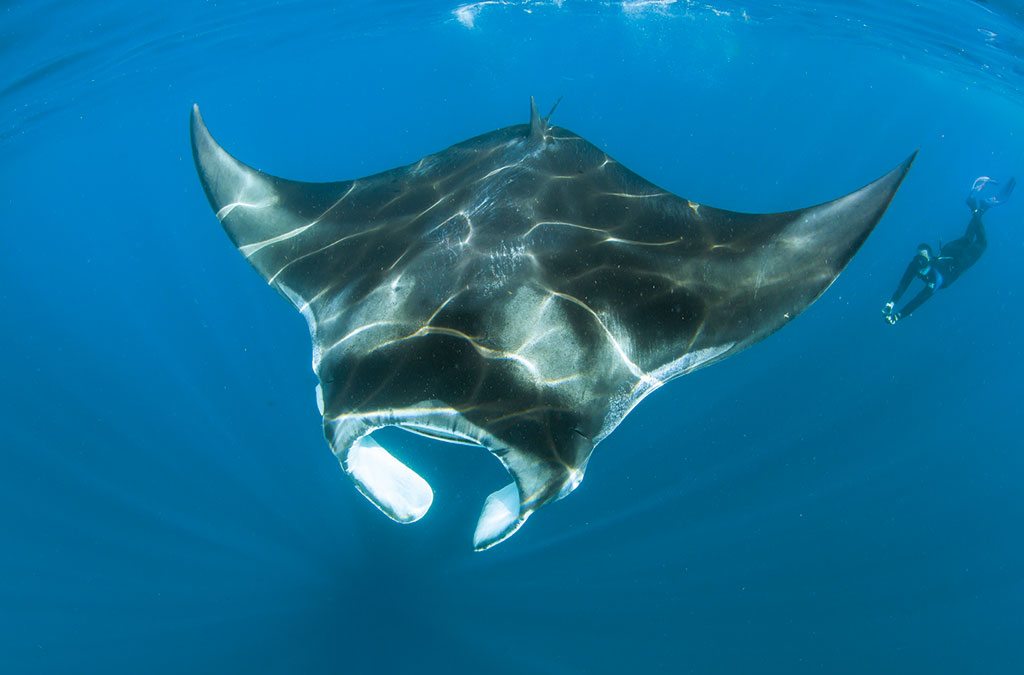 Images like these?
They are worth more than a thousand words.

How Diving Entered the Picture

In 1975 I moved to San Diego, became a diving instructor, and got my first career break when I was hired to work at Chuck Nicklin’s San Diego Diving Locker stores. I dived a lot. Beach dives, boat dives, night dives, kelp forests, canyons, the open sea, and foreign destinations. It didn’t matter to me, as long as I got wet.

While working at the store I became familiar with a local diving publication, and I wondered if I could do some writing for them. I inquired, telling them that I could also supply photography to illustrate my pieces, and I got a fast reply saying “yes.” Within a few months I was a published author. But I didn’t really think of myself as a writer, and I couldn’t actually call myself a writer, either. Not yet.

Not long afterward I caught two more breaks. I had the opportunity to write about sharks and shark diving for the San Diego Union, a major metropolitan newspaper, and I started writing some pieces for Skin Diver magazine, the world’s most highly respected diving journal at the time. I was thrilled to be writing for such a prestigious magazine, but the pieces that were assigned to me were mostly equipment reviews. I found that type of writing tedious, but I also thought doing that work might lead to the opportunity to write about topics a little closer to my heart if I hung in there and did my best.

The Subjects I Wanted to Write About

In the mid-1970s I was part of a small group of adventurous divers that began to explore the open ocean. We made a concerted effort to dive with and photograph sharks, whales, dolphins and other creatures that inhabited the open ocean off the coast of Southern California. Very few sport or scientific divers were doing that kind of diving in those days, and our collective photographs and stories made their way around in diving circles.

I was extremely passionate about diving in the open ocean with so many animals that had not been photographed very often or very well. I loved the challenges and the adventure, and before long I found myself having fallen head over heels in love with the animals I encountered. I was deeply moved by my experiences. And that is when my writing took a huge leap forward. Passion for my subject matter made a huge difference.

But passion didn’t take me to any kind of finish line. It simply opened another door that made writing easier and more meaningful for me, as I began to feel like my writing had a purpose that was bigger than me. As far as I was concerned, I began writing for animals and ecosystems that could not speak for themselves. I saw the magic in the creatures, and I was deeply concerned about the effort to increase public awareness regarding the plight of our oceans and their inhabitants.

It’s especially gratifying to study the behavior of sharks, like the great white.

In those days I was also making a lot of presentations at consumer dive shows, dive clubs, schools, etc. After almost every presentation at least a few people would approach me and ask what they could do to join the gang I dived with on one of our dives. And even when I didn’t have a way to invite them along, a lot of people thanked me for sharing my open-ocean diving adventures with them.

That’s when the next big writing eye-opener hit me. I realized how many other divers were seeking the adventure of diving, and how many were as passionate as I was about marine animals and the future of our oceans.

I knew that I didn’t want my writing to read as if it were all about me. I wanted my work to be about the animals, the ecosystems, and the adventures that I had to share. I wanted to share how all of those considerations had influenced me, as my experiences exploring the open ocean changed the way I thought and felt about my life.

I could see that I could make the greatest difference if I were to share not just the facts, but the beauty and emotions I experienced. Doing that required that I make myself vulnerable. Not only did I need to heed Professor G’s advice and write like I talk, I needed to share many of my innermost feelings with the world at large.

While many people find sharing deep thoughts and feelings difficult to do and something they prefer to avoid, I discovered that as long as it is my choice to share, it is extremely liberating to share the “real me” with my audience. My challenge is that I need to figure out ways to include that input without making my writing me-centric. I want the emphasis to be on the natural history and often awe-inspiring traits and behaviors of the animals I encounter, the ecosystems I am getting to know, and the value of adventure. At the same time I want to share how my experiences make me think and feel. That’s my writing tightrope, and finding that balance is what my style of experiential writing is all about.

Professor G Was Right On Target

I sometimes find the process of writing to be a little lonely, especially when I am struggling with a story. These days when I find myself in that situation I usually turn to you. While you aren’t there in the flesh at that time, you are in my head. In our imaginary conversation I start trying to explain to you what I think and feel, and why. And I try to imagine how you might respond, and what questions you might have. Almost always our conversation takes me where I want go.

As I reflect upon my process I realize that it is my connection with the greater diving community, to you, which helps me find my writer’s voice. It is important to me to feel like I make some contribution to the community I am part of. Maybe it is arrogant to think what I have to say is important and worthy of sharing, but as Professor G advised me, be myself and be honest with my audience, and I’ll be able to live with my words.

No doubt, it took considerable time and effort for me to find my voice. For too long I tried to go it alone. It’s when I realized that making you part of my process is what ultimately enabled me to find my writer’s voice as it exists today. I think that is pretty cool. Hope you do too.

Story and photos By Marty Snyderman