What’s the difference between a great dive and a mediocre dive? In most cases, it’s a matter of feet — not in terms of depth, but underwater visibility.

One of the most important considerations for diving is the “viz”. Clear water can make a mundane dive site shimmer in glory. Conversely, even the best coral reef can be a disappointment when it’s clouded by a veil of murky water.

Horizontal visibility is usually more important, since it affects our ability to view the underwater environment and keep track of our dive buddies.

Despite its importance, visibility receives precious little attention in a basic scuba course. That’s too bad because if you know something about the factors that affect visibility, you’ll have a better chance of locating clearer waters.

Three factors primarily affect underwater visibility: light penetration, biological species and particulates. Not surprisingly, these factors are often related to one another, as well as to other environmental factors.

It only takes a couple of dives before we realize that sunlight plays a very important role in the visibility equation. Just as we can usually see better on the surface during a sunny day, the same generally holds true underwater.

The amount of light that will penetrate the water depends on three things: overall light levels (i.e., a cloudy versus a sunny day), the angle at which the light rays meet the water (called the “angle of incidence”) and the roughness of the surface. 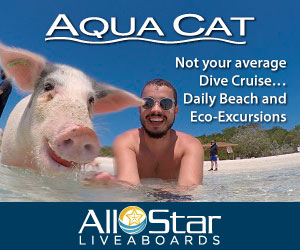 While you may not be able to do anything about the clouds, you can plan your dives to take advantage of optimum light levels. In a geographic sense, when you’re near the equator, where the sun’s rays are most intense, more light penetrates the water surface. In higher latitudes, the lower angle of incidence causes more light to be reflected, and less enters the water column. That’s one of the reasons why the water is almost always clearer in Bonaire (which is very close to the equator) than it is off the coast of New Jersey.

The location of the sun in the sky also affects light penetration, with the best light levels occurring around noon. The further the sun sinks on the horizon, the smaller its angle of incidence and the worse the visibility.

Sea state is another factor affecting light penetration. Rough seas reflect more light, thus reducing the underwater illumination. So if you’re choosing between two dive sites, opt for the one with calmer waters. The visibility will probably be better.

THE BIOLOGY OF VIZ

In addition to increasing underwater visibility, light penetration provides the light energy needed for photosynthesis by algae and phytoplankton. The depth to which the available light is adequate for photosynthesis is called the euphotic zone, and it can extend as deep as 330 feet/100 meters or more in the clear waters of tropical seas.

Ironically, too much light can actually cause decreased visibility, since it encourages enormous plankton blooms. In almost every coastal area around the continental United States, algae blooms in the spring can reduce the visibility to less than 10 feet/3 meters. One reason for the outbreaks is the return of longer, sunnier days — and sun is the ingredient needed by the algae for reproduction and survival. During these blooms, the visibility may actually improve as you descend beyond the well-lighted surface waters.

Algae aren’t the only animals that influence water clarity. The filtering action of sponges, corals and other reef inhabitants tends to remove plankton and particulate from the water, resulting in the exceptionally clear waters of the Mediterranean and Caribbean.

Particulates, such as suspended sand and silt, affect visibility underwater in much the same way as blowing dust or sand does on land. The particles both scatter and absorb light, resulting in reduced visibility.

The amount of particulate matter in the water depends on the degree of water movement and the size distribution of particulates on the sea bottom. For example, wave action and storm surge can stir up the sea bottom and suspend particulate matter in the water column. The size and type of particulates determine the time required for them to settle to the bottom again. Coarse or heavy grains settle out rather quickly, whereas fine silt will take much longer. So if you’re thinking of diving in an area a couple of days after a big storm, opt for a dive site that has a rock or gravel bottom as opposed to one with sand or mud. The larger particulates (e.g., rocks, gravel and large sand particles) will have settled down and the visibility should be better.

Tides can affect the amount of particulates in the water too. When the tide comes in, it brings with it a certain amount of sediment. But when the tide rushes out, it carries even more debris away from shore. Since there is less water between the ocean surface and sea floor at low tide, there is less space for vertical distribution of the sediments. In other words, in most cases when diving near the shore, visibility is generally worse during low tide.

The runoff from rainstorms, and the outflow of rivers, will carry particulate matter and nutrients into the water too. This effect is particularly dramatic in the Gulf of Mexico. Each year, an estimated 240 million tons of topsoil are carried into the Gulf of Mexico by the Mississippi River. Particularly in the spring when the flow is greatest due to snow melting and runoff from the higher elevations, the influx of water and sediment can cause a layer of cold, murky, fresh water to overlie the clear and warmer salt water of the Gulf. This layer of murky water with visibilities near zero can be as much as 50 feet/15 meters thick. Nutrients from the runoff can also encourage plankton and algae blooms.

The combination of light levels, particulates, underwater terrain and biology is the reason why the ocean looks different in different parts of the world. Technically, this is a result of a color shift that results as some frequencies of light are selectively absorbed and reflected.

This color shift gives the water a characteristic appearance. One of the most dramatic examples is the Black Sea, which appears black because of the dark sediment on its bottom. The Yellow Sea off northern Siberia appears yellow due to yellow mud washed into the sea, especially during the flood season. The Red Sea appear red due to the presence of a reddish-colored algae. In addition to the characteristic coloration, these factors also impact the visibility.

In general then, visibility is usually better during the winter when plankton and algae blooms are less likely. It’s usually better in warm, tropical, lower-latitude locations, where high sun angles mean deep light penetration and a plethora of filter feeders ensures clear water. High tides are usually clearer than low tides, and dry, calm periods are better than rain and wind.

Next time you’re out on a dive boat, try this little experiment. Ask two divers what the “visibility” was underwater. Don’t just settle for an answer of “It was great!” or “Terrible!” Ask for a measurement in feet or meters. Chances are pretty high that you’ll receive two totally different answers. Why? For most of us, estimating visibility is a rough guess at best.

But there are precise ways to determine the visibility.

Oceanographers and other marine researchers are very interested in measuring underwater visibility — primarily since the availability of light plays such an important role in biological productivity and the absorption of heat energy. One method of making such a measurement is with a device called a Secchi Disk.

The Secchi Disk is a white disk, 4 inches/10 cm in diameter, which is lowered into the water to a depth at which it just disappears from sight. From this depth measurement, researchers can determine the extinction coefficient — a measure of how quickly illumination decreases with depth. This in turn can be related to other important physical and biological measurements. Incidentally, two divers can use a Secchi Disk to measure horizontal visibility too.

Perhaps a better measurement of visibility is made with an oceanographic instrument called a transmissometer. The transmissometer is a long (3 feet/1 meter) tube which has a light source at one end and a light meter at the other. By measuring the amount of light which is transmitted from the light source through the water to the light meter, researchers can quantify the clarity of water.

Another increasingly popular way to measure visibility is with a personal sonar device. These handheld transmitters, available at many dive centers, can be used to accurately estimate horizontal or vertical visibility. Just point the device at an object at the edge of your field of vision and note the distance on the LCD readout.

By understanding the various factors which affect visibility, we can plan our dive excursions to take advantage of better conditions. It’s one way our knowledge of the weather and waves can make each dive a little bit clearer.