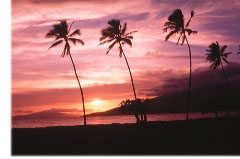 The coastal waters that attract divers are often the breeding grounds of storms and other weather surprises. Divers and boaters who venture onto bays, the ocean within a few miles of the coast or large lakes need to be aware that the weather and waves they encounter can be different from those only a few miles away. The combination of water and nearby land can also help create quick weather changes.

“Weather satellites, which do a great job of viewing the big weather picture, don’t always catch the fine details of what’s actually going on in coastal areas,” says Eric Meindl of the National Weather Service’s National Data Buoy Center at the Stennis Space Center in Mississippi.

In the United States, the Weather Service’s new Doppler radars can catch such details, but many coastal areas are out of radar range.

To find out what’s really going on in coastal areas, forecasters rely on automated reports of not only the weather, but also water temperatures and waves from buoys moored offshore and stations in the Coastal Marine Automated Network (C-MAN) system. Some of these are stand-alone towers; others are attached to piers or lighthouses.

Thanks to the World Wide Web, anyone with computer access to the Internet can obtain the latest reports from these buoys. You can even get weather information from these buoys by phone. (See sidebars.)

For some coastal areas, unusual winds are created when the wind blows from hilly or mountainous land out over the sea. The hills and mountains can block the wind from reaching some areas while funneling faster winds across other parts of the water.

The resulting erratic winds can produce dangerous waves in some areas, while just a few miles away ordinary ocean waves are presenting no danger to small craft. Such problems are most likely on the U.S. West Coast, where mountains are near the water’s edge, or around mountainous islands, such as in the Caribbean.

But most of the notable weather along the coasts and just offshore goes back to a basic fact of nature: Water is slower to warm up or cool off than land. Anyone who has raced barefoot across the burning sand of the dunes on a hot afternoon to plunge his or her hot feet into the ocean’s water knows this.

The air’s temperature depends to a large degree on the temperature of the land or water under the air. Sunlight hardly warms the air as it passes through to be absorbed by the land and water. They, in turn, warm the lower levels of the air mostly by conduction, the way a stove’s burner warms the pan on it and the food in the pan. This is the main reason why the air, in general, gets cooler as you go up.

Sea breezes, which spring up on warm afternoons near the ocean or large lakes, are a good example of how coasts help make weather. As the land warms up during the day, it heats the air near the ground, which begins rising. The humidity in the air condenses to form the row of clouds you often see if you look inland from the shore in the afternoon. As the air rises, cooler air from over the ocean moves inland to replace it, creating a cooling sea breeze.

In places where the water is warm, such as off the coast of Florida, the opposite can happen. As the land quickly cools after dark, warmer air over the ocean can begin rising and the cooler air from land blows out to replace it — often bringing bugs from the marshes near the coast. Sometimes the clouds grow into late-night or early-morning thunderstorms a few miles off the coast.

Offshore waters can also stir up much bigger storms, including the major blizzards that sometimes paralyze the big cities of the East Coast.

The big storm breeding ground along the U.S. Atlantic Coast is off Cape Hatteras, North Carolina, where the Gulf Stream warms tropical water to within a few miles of shore before it turns and heads across the Atlantic toward Europe.

The boundary between warm Gulf Stream water and cooler water between it and the coast helps create a similar boundary in the air above the water — a front. These fronts become extremely pronounced when cold air moves across the eastern United States and over the ocean.

During the winter off the U.S. mid-Atlantic Coast, water and air temperatures can differ by as much as 18°F/10˚C to 27°F/15˚C over a 6.2-mile/10-km west-east distance. Such strong temperature contrasts are like a weather bomb with the fuse ready to be lit. The “match” is usually a strong upper-air disturbance in a jet stream roaring 30,000 feet/9,144 m over the area of extreme temperature contrast near the ocean. Effects of the resulting explosion are hard to predict, although forecasts have been improving in recent years as researchers learn more about storms.

Research has shown that a lack of detailed information about Atlantic water and air temperatures was part of the reason for the poor forecasting of several big East Coast fall and winter storms.

The Gulf of Mexico can also be a winter storm-maker. “During a winter with a number of cold-air outbreaks that reach the Gulf Coast, the relatively shallow water that extends about 70 to 100 miles/113 to 161 km offshore is cooled, while the deeper water farther out stays warm,” explains Meindl.

As off the East Coast, the boundary between warm and cool water creates a warm-cool boundary in the air, which can explode into a storm as soon as the upper-air pattern lights the fuse.

The opposite can happen in the summer. The shallow water closer to land turns warmer than the deep water offshore. If a hurricane happens to move in, the warmer water near the coast can intensify the storm just before it hits land.

Coastal weather has a different bag of tricks along the U.S. West Coast. Here, the winds generally blow in from the west, bringing storms that have formed far out over the Pacific.

As with East Coast storms, satellites can’t show the kind of detail forecasters need as a storm bears down on the coast, and the storms are far out of radar range until the winds have already started battering places along the shore.

Offshore buoys supply vital information about storms, including the waves they create while still at sea.

When the Pacific is calm, the interactions between the water and the air above it can create fog and low clouds — called the marine layer — over the ocean that can move inland with little warning. Anyone venturing into the Pacific from the U.S. West Coast or around Hawaii has to worry about waves from faraway storms.

Waves from storms not only in the northern Pacific, but also from the Southern Ocean around Antarctica, can reach Hawaii and the West Coast, and cause dangerous surf and coastal flooding on otherwise beautiful days.

Buoy reports give forecasters time to warn of these dangers before the big waves arrive.

In the best of times the weather buoys have a hard life, as wind and waves batter them, but people are making it even worse. During 1997 the Data Buoy Center reported that six buoys were vandalized off the coasts of California, Oregon, Florida and Hawaii. The damage was bad enough to cut off the data flow.

Meindl says boaters sometimes damage buoys without intending to. “Sometimes fish nets or anchors become entangled in a buoy’s mooring cable,” he explains. There have been cases of buoy cables being cut by boaters, which means the buoy drifts away, making its data less useful.

The U.S. Coast Guard tends the buoys, including replacing those too badly damaged to repair. When a buoy is damaged, the Coast Guard usually can’t rush right out to repair or replace it. Getting the data back online can take months.

To prevent damage to the buoys, the National Data Buoy Center (NDBC) offers the following advice:

• No one should tie up to or board a buoy.

• Anyone who sees damage to a buoy, persons on a buoy or vessels attached to a buoy should report it to the U.S. Coast Guard.

Meteorologists trying to forecast tricky coastal weather need reports from buoys to see if their forecasts are working out and whether anything is happening that could lead to a warning or updated forecast. Buoy data can often allow a forecaster to cancel a warning because the weather has improved more quickly than expected.

Coastal weather can change quickly. Divers or dive boat operators can call up buoy data on their computer screens or via phone to receive updated information on water temperatures, waves and what type of weather to expect.

Most of the notable weather along the coasts and just offshore goes back to a basic fact of nature: Water is slower to warm up or cool off than land.

Buoy Data on the Web

Real-time information from buoys and automated stations is available from the National Data Buoy Center Web site at http://www.ndbc.noaa.gov/.

The National Weather Service office in Tallahassee, Florida, has an Interactive Marine Observations Web site with a map much like the one on the NDBC site that takes you to live data and other information. Since all of the data is the same but on a different Web site, this is a good backup to the NDBC site. It’s at: http://www.nws.fsu.edu/buoy/.

Dial-A-Buoy provides wind and wave measurements taken within the last hour at 65 buoy and 54 Coastal Marine Automated Network stations located in coastal waters around the United States and in the Great Lakes.

To access Dial-A-Buoy, dial (228) 688-1948 using any touch-tone or cell phone. Enter the five-digit (or character) station identifier in response to the prompt to hear the latest buoy or Coastal Marine Automated Network observation read via computer-generated voice.

Telephone users also have the option of receiving a location map by fax that lists station identifiers. Dial-A-Buoy callers can search an index of stations by geographic area to find the appropriate station identifier. The search requires the latitude and longitude for the area of interest. A complete list of station identifiers is available on the National Data Buoy Center Web site at http://www.ndbc.noaa.gov/.