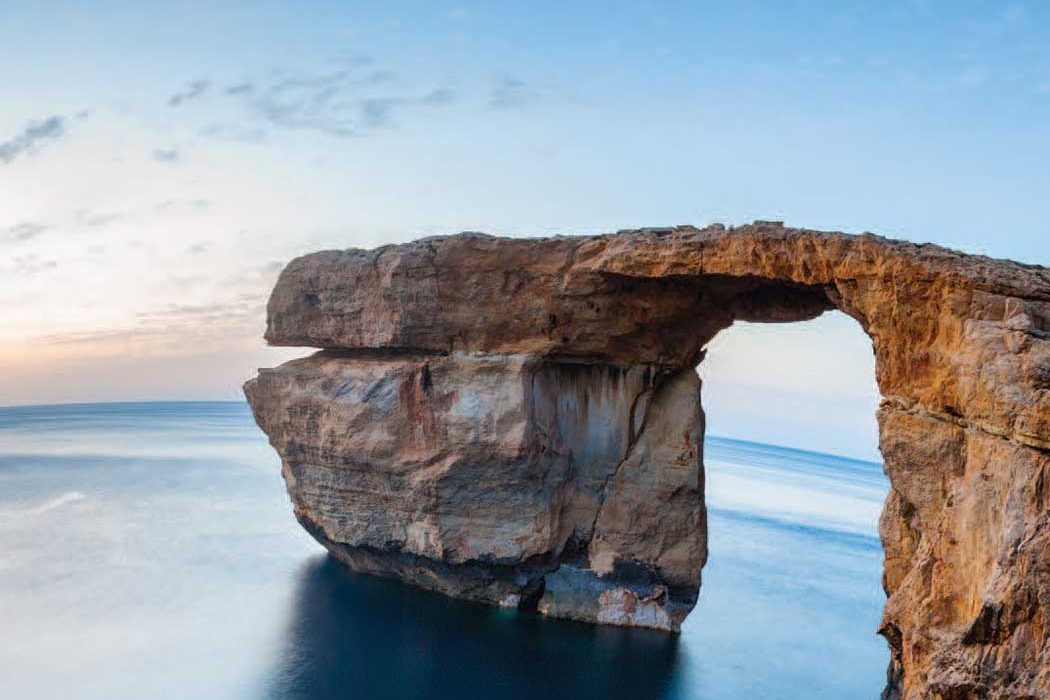 The Malta Azure Window, an incredible natural limestone arch on the island of Gozo, collapsed into the sea after heavy storms in March. Malta, officially known as the Republic of Malta, is a South European island country consisting of an archipelago in the central Mediterranean Sea between Sicily and the North African coast. The arch was originally created by the collapse of a sea cave in the 19th century and consisted of a pillar of rock rising from the sea and joined to the cliff by a horizontal slab.

The Window had been a tourist destination for a long time and it could be seen in films and TV programs (most recently on Game of Thrones). Its demise was mourned by locals and visitors alike and the country’s prime minister called the landmark’s destruction “heartbreaking.” But sometimes dark clouds do have silver linings and this one can be seen by scuba divers. The former arch has now formed a beautiful new dive site.

The remains of the Azure Window lie in giant limestone boulders forming crevices and tunnels for divers to explore in depths ranging from 15 to 100 feet (4.5 to 100 m). The spot was a dive destination known as the Blue Hole before the collapse and now the site is even more popular with the addition the arch’s remains. The true locals have already taken to the new addition; fish and other marine organisms have already taken up residence.

For more information, go to cntraveler.com/story/maltas-collapsed-azure-window-is-now-a-top-diving-site.