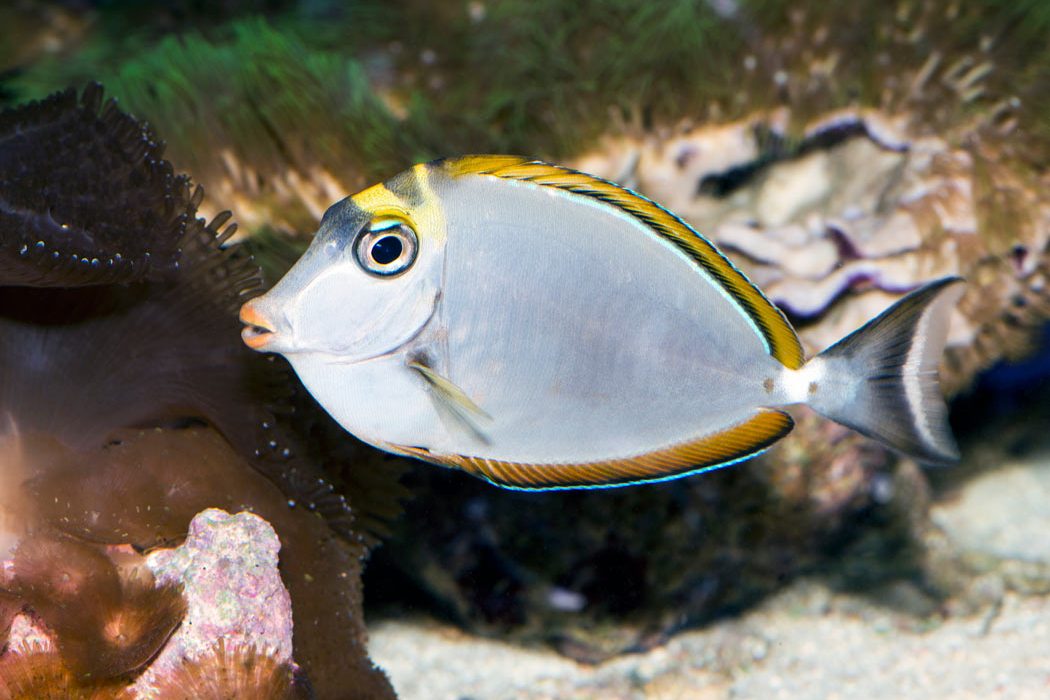 A NON-NATIVE ORANGESPINE unicornfish was documented, tracked and removed by divers in Key Largo Florida in a collaborative effort between government agencies, a university, non-profit organization, dive shops, a public aquarium and volunteers.

A group of divers from Eckerd College first spotted the popular aquarium fish, native to a broad area of the Tropical Pacific — while scuba diving off of Key Largo, Florida. Notice went out to local dive operators and following a second sighting of the fish plans were put in motion to organize a removal. The effort, organized through a formal rapid response plan developed by REEF and the USGS, took place in the Florida Keys National Marine Sanctuary under a special research permit. A team of four divers from REEF and the Phillip and Patricia Frost Museum of Science in Miami, worked with local volunteer Roger Grimes to locate and live-capture the fish from Molasses Reef.

This is the fourth record of the species in the US, and it’s unknown how the fish could impact its non-native environment. The unicornfish is one of 37 non-native marine fish species documented off of the state’s coast and the eighth removed as part of the REEF/USGS Early Detection/Rapid Response program.

If you spot this fish or any other non-native or invasive aquatic species, please report the sighting to the USGS’ Nonindigenous Aquatic Species database at nas.er.usgs.gov/default.aspx