Shortly after returning from a recent trip to Cozumel, I showed this image of a mouth-brooding male yellowhead jawfish at a local dive club meeting. A member of the audience commented that I was really lucky to get the shot. No argument here. 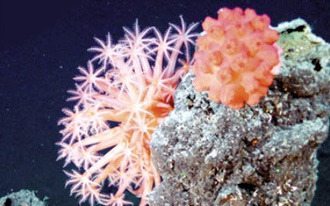 Later that night I thought about my friend’s comment. I realized that I wanted to share what I did to make the photograph once I had been lucky enough to locate the fish.

First of all, my friend named Suellen spotted the fish while diving earlier that day and told me about it over dinner. I knew that yellowhead jawfish live in burrows in areas where the bottom is a mix of sand and rubble, and that the fish was highly unlikely to swim away overnight. Eager to try and photograph a mouth-brooding jawfish, I opted out of the boat trip the following day in favor of a chance to do a beach dive in front of our hotel, on the site where Suellen had found the jawfish.

I knew that as embryonic yellowhead jawfish get close to hatching, the eggs turn from their original pale yellow color to a dark grayish hue. I could see the well-defined eyeballs of the soon-to-be hatchlings in the eggs, an indication that these eggs were very close to hatching. It was time to go to work.

At first I spent a few minutes watching as the adult male rose out of his burrow to aerate the eggs. I soon realized that the fish almost always faced directly into the current, which made perfect sense considering his objective to oxygenate the eggs.

I positioned myself accordingly. While remaining relatively still and without trying to photograph the jawfish, I allowed the fish to acclimate to my presence. Then, I set my camera system controls to what I believed would be the correct settings. Next, I slowly approached to get within shooting distance for my macro lens while being especially careful not to stir up the sediment on the seafloor. Every couple of minutes for the next hour or so I seized an opportunity to bang off a few frames as I shot a mix of horizontally and vertically oriented images. After that dive, I changed tanks and did it all again.

No doubt, I was lucky to get onto the fish in the first place. After that, I did what every serious wildlife photographer I know would do. I focused all of my photographic energy on my subject while doing my best not to disrupt the behavior or make the fish feel threatened in any way as I repeatedly shot and reviewed images.

Over the years there have been times when I have acquired a strong image after stumbling onto a great opportunity. But there are other times when I proceed with surefooted determination toward my goal of getting a particular shot. On these occasions I devote as much time and energy as it takes to get the image I want. Getting lucky is one thing. Devoting the time and energy to take maximum advantage of good luck is the difference between a camera owner and a photographer.