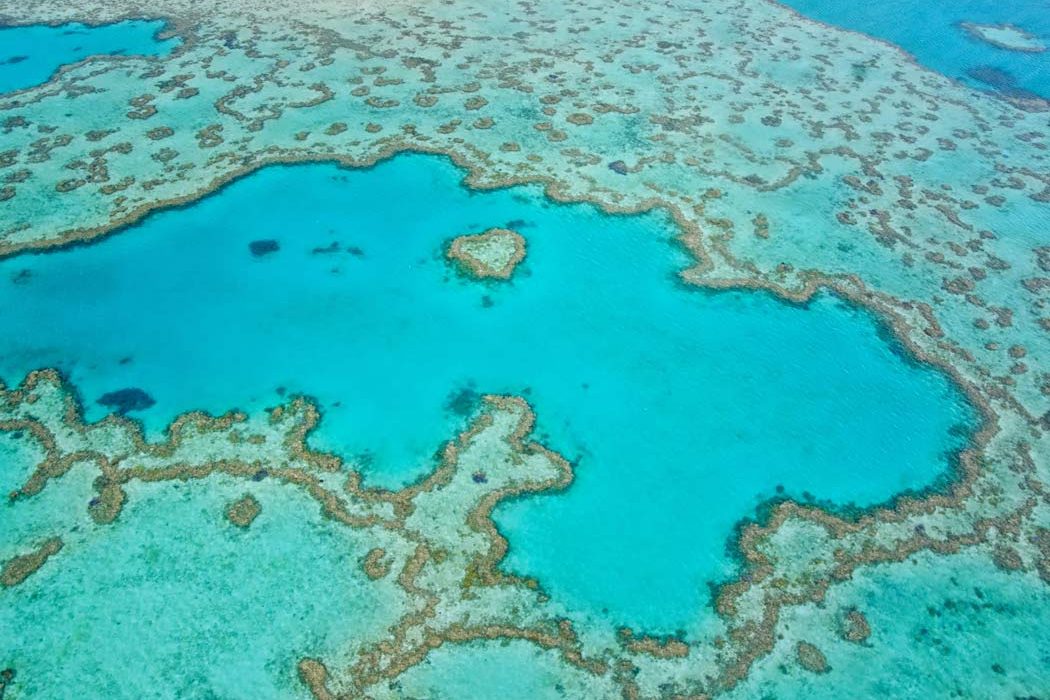 As your diving career progresses you will undoubtedly experience a lot of firsts; the first time you breathe underwater, your first dive trip, encountering your first shark, and the first time you visit a particular destination. Without question, for many divers one of those firsts that is forever etched in their memories is the first time they look down onto the grandeur of a coral reef. Life and color abound as a coral reef ecosystem invites its exploration.

For many divers it comes as quite a surprise to discover that corals are actually animals, and that a coral reef consists of countless individuals known as polyps. Each flower-like coral polyp is a living organism, yet with very few exceptions most corals are colonial creatures that cannot survive outside of their colony. Dozens to thousands of polyps make up a coral head and, collectively, many coral heads comprise a coral reef.

Perhaps even more enlightening is the realization that the great coral reefs found in the shallow regions of tropical seas around the world are dynamic, ever-changing ecosystems. The foundation of both a single coral head and an entire coral reef is the collective limestone remains from the skeletons of millions upon millions of once-living coral polyps, most of which were no bigger than a small coin. Yet amazingly, through the eons these polyps have created reef systems that extend for many hundreds to many thousands of square miles. Visible from space, the largest coral reef in the world, Australia’s Great Barrier Reef, is more than 1,257 miles (2,000 km) long and up to 150 miles (242 km) wide in some places, and every coral head in the ecosystem is built upon the skeletal remains of its ancestors. Clearly, our fascination with coral reefs is not limited to their size, as they provide three-dimensional shelters, food, places for attachment, nesting sites and more for thousands of species of animals in tropical seas around the world.

Corals are typically classified in two major categories: hard or stony corals, and soft corals. The remains of reef-building hard corals provide the foundation for coral reefs, making these corals, along with the help of algae that live inside the corals, the natural architects of coral reefs. Most reef-building corals are colonies of many polyps connected by a thin sheet of tissue. While soft corals add considerable beauty when alive and some sediment when they die, their skeletal remains do not contribute to any significant degree to the foundation and growth of the reef in adding limestone.

Corals live their adult lives while permanently attached to the seafloor. This means they can’t swim or walk away to evade predators or pursue their prey. Stuck in one place, corals depend heavily upon their stinging cells to immobilize both their prey and enemies on contact.

Living coral polyps reside in a cup-like skeleton of self-made calcium carbonate (limestone). The polyps continually lay down new layers of limestone, building up the skeleton beneath them so that the animal grows upward and outward. The mouth of a coral polyp is in the center of the surface facing the water. The mouth is surrounded by a ring of potent tentacles that can be seen when the coral feeds. The mouth is the only opening to the sac-like gut, meaning food enters and waste exits through the same oral cavity.

The origin and structure of coral reefs vary. Different reef types include fringing reefs, barrier reefs and coral atolls, but many reefs do not fit neatly into any of these categories. Fringing reefs develop along coastlines that sit over a continental shelf in relatively shallow water. Barrier reefs also grow parallel to shorelines, but they tend to be farther from shore, and they are separated from land by a deep lagoon. Barrier reefs are so named because they form a navigational barrier between a lagoon and the open sea. Coral atolls are roughly circular rings that grow on top of ancient, sunken oceanic volcanoes. Coral atolls begin their existence as fringing reefs surrounding a volcanic island, but as the volcano sinks into the sea over time, the reef continues to grow and eventually only the coral atoll remains.

All reef-building hard corals are colonial animals described in the order Scleractinia. Because hard corals form the foundation for all tropical reefs, these corals are considered the most significant marine invertebrate in the world’s warm, shallow seas.

To survive and flourish, hard corals require water temperature between 68 degrees Fahrenheit (20 degrees Celsius) and 86-95 F (30-35 C) on the high end depending upon the species. In addition, they need sufficient sunlight, a hard bottom no deeper than 165 feet (50 m), some current or upwelling, and the water that bathes the corals must be relatively clean.

Recognizing hard corals is easy and requires only a little practice once you have an understanding of the fundamental differences between hard corals and soft corals. In tropical seas almost everything that is solid, ornate and looks like a rock is probably a type of hard coral. As they appear to be, soft corals are far more flexible.

But just because hard coral colonies are hard does not mean they are not delicate. In fact, they’re quite fragile. Many species can be killed by light handling and changes in environmental conditions.

The common names given to many hard corals are indicative of their appearance. As examples, some of the more prominent Caribbean species are called staghorn, elkhorn, finger, brain, pillar, star, plate and lettuce coral. Hard corals are not just randomly scattered throughout reef communities. Instead, each species has a preferred niche. Elkhorn coral is usually found in shallow water where the surf breaks. Pillar coral favors the reef flat and the reef crest, the shallow upper edge of the reef slope, while staghorn coral tends to be found in calmer waters just inside of the reef crest. Finger corals inhabit the reef crest, while plate, flower, lettuce and green corals tend to occur in deeper areas.

Several important species of hard corals are commonly called star and brain corals. These species are usually found in fairly shallow patch reefs and along reef crests. When living in deeper waters, star corals form plate-like structures that provide more sunlight for vital algae that live within the tissues of the coral polyps.

Most hard corals (pillar coral being one exception) shun the light of day and feed only at night. When feeding, the polyps open and extend their potent tentacles into the water column in hopes of ensnaring tiny planktonic organisms.

Zooxanthellae (pronounced zo-ZAN-thell-ee) are the single-celled algae that are the foundation of all food chains in tropical reef communities. Most nonscientists have never heard of these algae, but they are significant. Although they are quite small, zooxanthellae are critically important to the existence of all coral reefs and, therefore, to all the creatures that depend on the existence of coral reefs in any way.

Scientists have long known that all major food chains are built upon a foundation of tiny plants. But if you look around a coral reef, significant quantities of plant life are hard to find. For years this observation greatly puzzled scientists who continually asked the question, “where is the plant life or is the coral reef food chain fundamentally different?” Shortly after World War II scientists discovered enormous quantities of zooxanthellae that live inside the tissues of living corals. In fact, the algae are so numerous that their biomass comprises as much as 80 percent of the total weight of coral polyps.

In a relationship in which both the corals and the algae benefit, the corals depend upon the byproducts of the photosynthetic processes conducted by the algae for significant percentages of their oxygen and as the primary source of food. The algae also contribute by extracting calcium ions from seawater and transforming them into the limestone (calcium carbonate) used by the corals to lay down their skeletons.

One of the more interesting challenges faced by immobile creatures is reproduction. After all, an organism that is attached to the seafloor can not exactly go “a’courting.” So, as simple as corals might appear to be, their sex lives are amazingly complex, and many corals can reproduce both asexually, by budding or forming a clone of themselves, and sexually with a partner via the union of sperm and egg.

An issue that readily comes to mind is why nature would create animals that have asexual and sexual stages of their lives. Asexual reproduction is simpler. No partner is required, less energy is expended, and over time a single coral polyp can create an entire coral reef. The disadvantage of asexual reproduction is that a single predator, disease, genetic defect or environmental threat can eliminate an entire population or even an entire species. The advantage of genetic diversity that results from having a sexual partner is that cross-fertilization helps species stay “one step ahead” of potential threats in a world of ever-changing environmental factors.

When reproducing with a partner the problem of immobility must be overcome. Only in recent years have scientists learned how corals communicate through the release of hormones known as pheromones that cue neighbors about the reproductive readiness of nearby members of their species. In amazing spawning phenomena that can be observed by sport divers, neighboring corals of the same species simultaneously release enormous quantities of sexual cells into the water where sexual union occurs. The intricacies of the timing are not completely understood, but it is well-documented that many of the dominant brain and star corals in Florida, the Bahamas and Caribbean spawn during the eighth night after the August full moon.

A variety of flexible colonial animals that we often see leaning over in current or swaying back and forth with surge are known by common names such as sea fans, sea plumes, sea rods, sea fingers, sea whips, wire corals, black coral and deep-water gorgonians. All are soft corals. They are also referred to as gorgonians, a reference to the name of their order, Gorgonacea.

As with hard corals, different species of soft corals tend to be found in characteristic places within a coral reef ecosystem. Sea fingers, sea whips, sea plumes and sea rods almost always occur in relatively shallow areas along the reef flat. Sea fans are often found present on the reef flats, but healthier specimens are usually encountered in slightly deeper water near the top of drop-offs and along walls. Sea fans usually grow in a plane that runs across the path of the prevailing current. This orientation allows each polyp the maximum opportunity to capture food. A variety of creatures, ranging from small fishes such as longnose and coral hawkfishes to brittle stars, cowries, snails and hydroids, can often be found on sea fans or on their skeletal base.

Brilliantly colored soft corals can be found in many coral reefs throughout the Indo-Pacific. These vibrantly colored colonies occur in hues that range from fire truck red to burnt orange, lemon yellow, purple, blue and white.

Because hard corals form the foundation for all tropical reefs, these corals are considered to be the most significant marine invertebrate in the world’s warm, shallow seas.